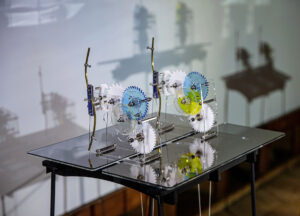 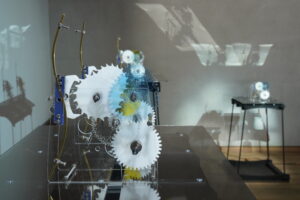 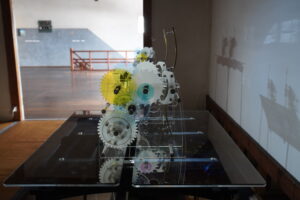 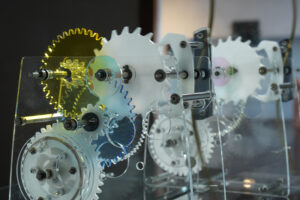 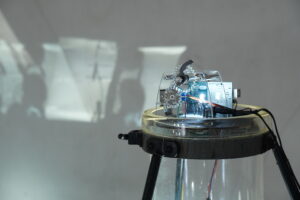 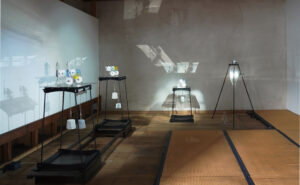 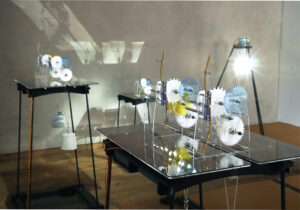 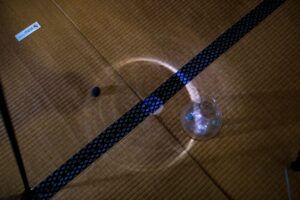 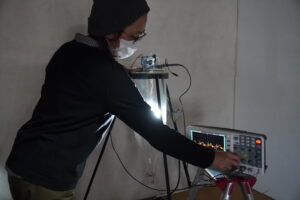 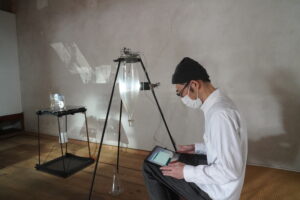 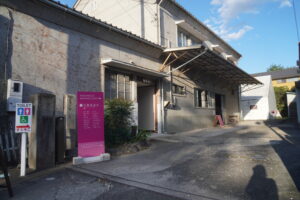 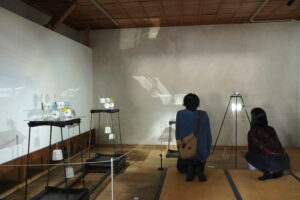 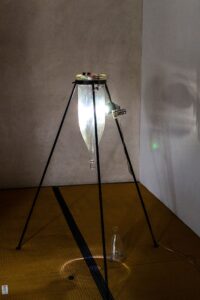 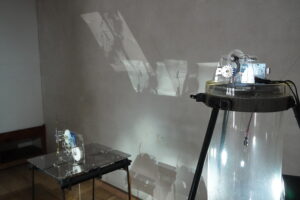 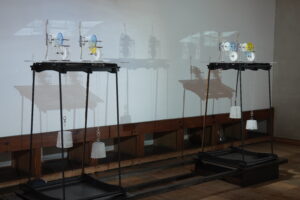 Five modules that move with gravity and a pendulum were set in a sake brewery where time stopped.
These modules move under the influence of each other’s movements. Under the influenced by each other’s movements, sometimes it stops, and sometimes it starts moving again.
The shadow projected on the old wall looks like a microorganism like a daphnia pulex.
A large old glass funnel senses the sound of a pendulum and the sound of an audience or space. Interactively, a ring of light drips from the funnel to the floor for every sound in the space.

There are many “synchronization phenomena” such as frog calls, candle blinks, and bridge collapses in nature.
It is a scientific phenomenon without “will” that seems to have “will”.
Presently, our lives are under tension caused by the covid-19 virus, which has no “will”.
At the sake brewery, a place where time has stopped, a module with a pendulum repeats synchronization and asynchronization.
With this movement, people experiences tension and relaxation, conformity and nonconformity, oppression and liberation, or the boundaries between these ideas.